Skip to content
margaretschmidtke Letters and things, The extraordinary ordinary. May 5, 2020

The first time I played marbles, I was young enough to be tricked into believing if I bit the tiny glass ball, I would be rewarded with a delicious candy center. Yes, I tried to. No, I didn’t crack a tooth. Yes, I tried repeatedly to smash one open to find out what really was inside, to no avail.

At around 5 years old I would sit at the end of our driveway and watch my brother and few boys playing marbles on the sidewalk. Once in a while I would find a stray cats eye that got lost underneath our huge, old spruce tree after someone had got cocky and ‘jump lifted’ their marble over the chalk ring. Cats eyes were, for the most part, pretty dispensable marbles, unlike their counterparts like boulders or specialties like bumblebees or aggies.

When our kids were of the age that I was fairly sure they wouldn’t pop marbles into their mouths, the Easter bunny brought them each a bag of marbles in their baskets. They both looked at the mesh bag like it was nothing more than a sack of pretty rocks.

Once the weather was warm and dry, we made a chalk ring on the sidewalk outside our house and I showed them how to play marbles. They enjoyed it as a Spring game for the next year or two, but eventually grew tired of it, preferring other activities.

Unlike most of the toys that they outgrew, which I eventually packed up and gave away to the Goodwill store-I kept the marbles. I couldn’t bear to part with them and I’m not sure why. Maybe it was because of my childhood recollections…it was such a simple game that anyone could play- even if you didn’t have a lot of money, you alway could afford a marble or two.

I am reminded of the idiom ‘One man’s trash is another man’s treasure’. I am sure that some of the items I find intriguing or a special closeness to (even though they are inanimate) would be thought of as nothing more than junk to another.

Packing up my mother’s house after she passed away, I found tarnished brass trinkets and hand stitched handkerchiefs, a child’s purse (my Mom’s first one, 1938) and tiny, pink ballet slippers. So many items that others would probably not think twice about tossing in the trash, were tucked away in drawers or wrapped up lovingly in keepsake boxes. 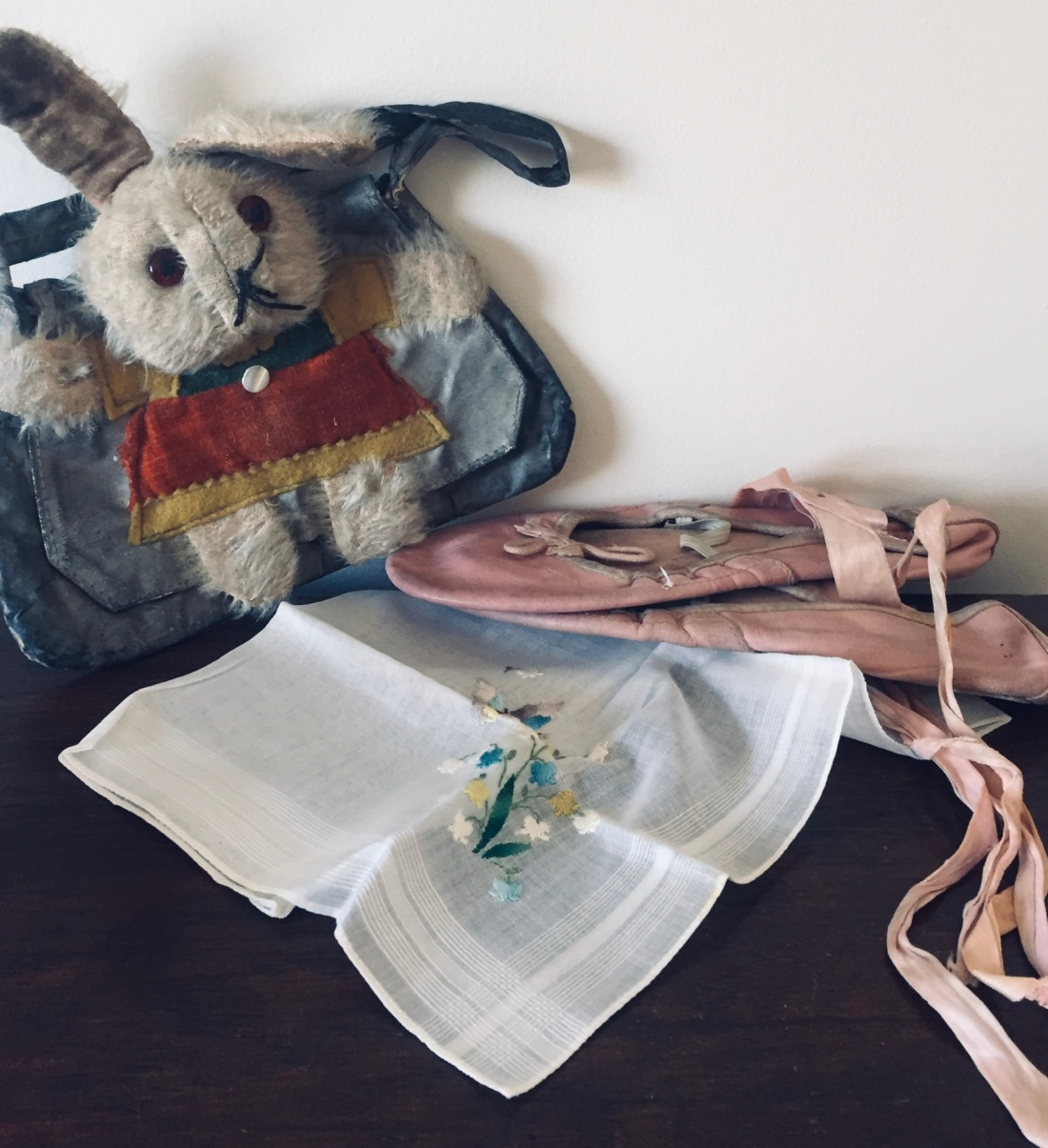 I’m sure when the day comes that my kids need to go through my keepsakes, they will undoubtedly question why I would have an old pair of pink ballet slippers (do they even know that I took ballet?), or a vase full of colourful marbles…

Although these items have no monetary value to speak of, they are far from worthless. To me, personal keepsakes are the magic key to unlock doors which sometimes…have been long forgotten.

A thick, glass vase full of colourful marbles sits on an antique dresser in our guest room. When the sun rises each morning, the sunlight dances against the prettiest glass balls you’ve ever seen; the candy centers look delicious …

View all posts by margaretschmidtke